Low-rolling-resistance tires are intended to enhance fuel efficiency by minimizing rolling resistance when a vehicle moves down in the roads of Uganda. It can be accomplished by reducing the energy lost by tire flex at the point of contact between the tire and the road.

Rolling resistance may contribute to around 4%-11% of a gas vehicle's fuel usage and approximately 25% of an EV's energy consumption, as per the Department of Energy. At highway speeds, rolling resistance is more of a fuel-economy effect than at local speeds.

What Makes the Tires Unique?

A tougher tread compound, stiffer sidewalls, smaller tread width, a different tread pattern, and reduced tread depth are the primary means of lowering a tire's rolling resistance. All of them are attempting to minimize the amount of squirm at the contact patch and, as a result, the quantity of energy wasted in the form of heat.

What Effect Do They Have on the Ride and Handling?

However, because it is the same contact patch that generates traction, some of those adjustments might have a negative impact on handling and braking. Furthermore, stiffer sidewalls can degrade ride quality, and less tread depth might result in the tire wearing out faster.

In terms of traction, a narrower tire with a harder rubber compound provides less dry-weather braking and turning grip. Unfortunately, no official ratings exist for those; nonetheless, government ratings for wet-weather braking and tread life are inscribed onto the sidewall of every tire.

How Are Tires Rated?

The letter grade comes after the phrase "traction," and wet-weather braking is rated from AA (best) to C. Tread life, often known as "tread wear," is reported as a number (usually three digits) that does not directly correspond to mileage but may be used to compare one tire to another. Finally, the temperature is the third factor, ranked from A to C, determining how much heat the tire can tolerate.

These tire ratings may be obtained on the National Highway Traffic Safety Administration website. However, it's important to note that you'll need to know the actual tire size — for example, 235/45R18 — because various sizes of the same type of tire may have different ratings.

What Effects They Have on Fuel Economy

Estimating fuel savings is considerably more difficult. There are so many factors to consider — the car itself, as well as the tires being compared (some common tires have less rolling resistance than others, and the same is true for low-rolling-resistance tires) — that creating any type of meaningful statistic is nearly difficult. Nevertheless, according to some estimates, a 1% to 4% gain in mpg is possible, equating to a 0.25-1 mpg improvement on a 25-mpg automobile. 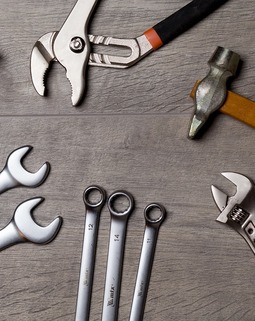 Simple car maintenance and repair routines that you can easily perform 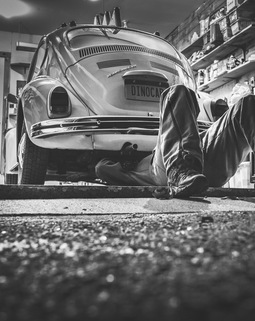 Repairing your car in Uganda